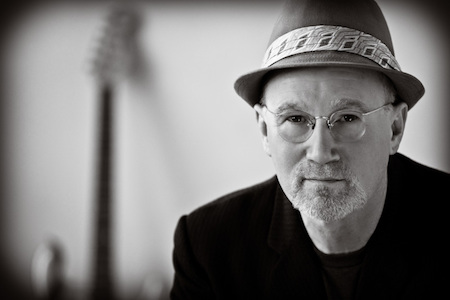 Marshall Crenshaw's Website
Although he was seen as a latter-day Buddy Holly at the outset ... Marshall Crenshaw soon proved too talented and original to be anyone but himself. -- Trouser Press

Marshall Crenshaw is a singer, songwriter, and guitarist best known for hit songs such as "Someday, Someway," a U.S. Top 40 hit in 1982, as well as "Whenever You're on My Mind."

Special guest The Elliott Peck Band, an acoustic trio. As one of the most sought-after vocalists on the West Coast, Elliott Peck has made a name for herself lending harmonies to everyone from Phil Lesh and Bob Weir to Jackie Greene and Reid Genauer. As a member of the band Midnight North, she’s appeared on bills with the likes of Bonnie Raitt and The Mother Hips and slayed festivals from Lockn’ to Hardly Strictly Bluegrass. Now, with her mesmerizing solo debut, Peck is stepping center stage, ready to prove she’s a talent more than worthy of the spotlight on her own.
Featuring Jesse Bardwell on mandolin and Todd Lanka on upright bass