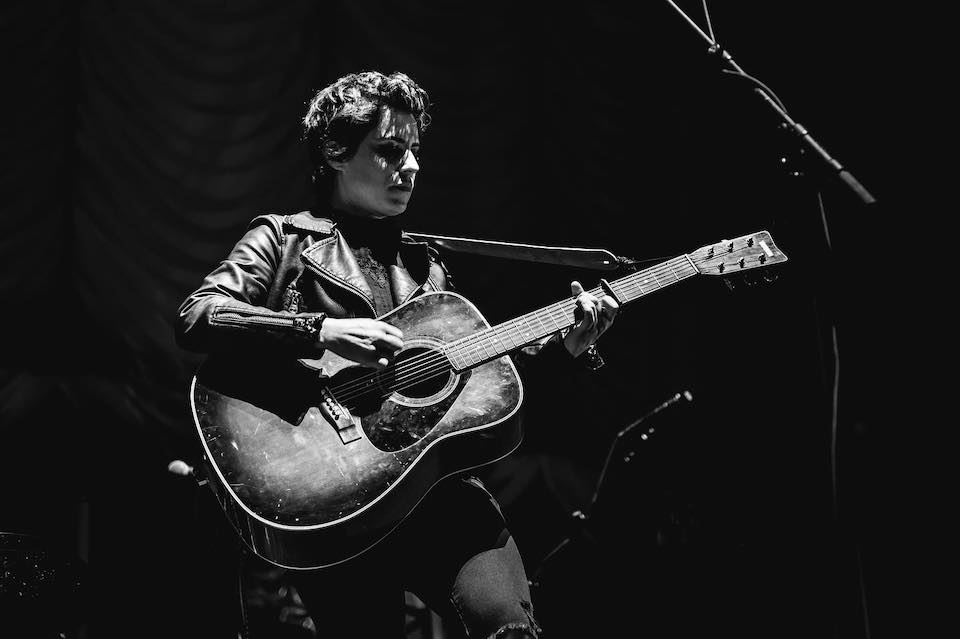 Leslie Mendelson is currently touring in support of Love & Murder—the singer/songwriter’s first new album in eight years. A stirring work instilled with emotional depth that Glide Magazine declared “one of the best records of 2017,” the effort is the long-awaited follow up to her Grammy Award-nominated debut, Swan Feathers. It’s an apropos title, reflecting the dichotomy between the dark and light she encountered in those years between. Climbing the ranks in 2009 with comparisons to Carole King and Rickie Lee Jones on the tip of tastemakers’ lips, Leslie would go through a series of professional and personal trials that led to stints living in London and later San Francisco before settling down in Brooklyn. She ultimately recommitted to herself and slowly but surely penned the songs with her longtime co-writer Steve McEwan that would become Love & Murder.

Produced by Mark Howard (Bob Dylan, Lucinda Williams), Love & Murder is a sparse, raw collection of ten folk songs. Opening with “Jericho,” a haunting number that sets the tone for what’s to come, it makes clear that the album lies more within darker spaces that artists like Sharon Van Etten, Lana Del Rey and Dusty Springfield inhabit. Songs like “Murder Me,” “Coney Island,” and “Chasing the Thrill” find Leslie exploring loss in ways that feel personal and metaphorical, where the stories within are multifaceted. She also recorded three covers: the classic-country infused “Cry, Cry Darlin’,” a take on Bob Dylan’s classic “Just Like a Woman,” played on the ukulele, and a duet with The Grateful Dead’s Bob Weir on Roy Orbison’s “Blue Bayou.” In fact, Mendelson was unwittingly adopted by the West Coast jam scene after Weir heard her take on “Friend of the Devil” and recruited her to perform with him.

On Love & Murder, however, Leslie Mendelson offers a different side of her artistry that isn’t present in her early work or recent collaborations. “This collection is just about the songs and my voice,” she says. “That's what people can connect with. It shows where I am right now as an artist and where I want to go.”