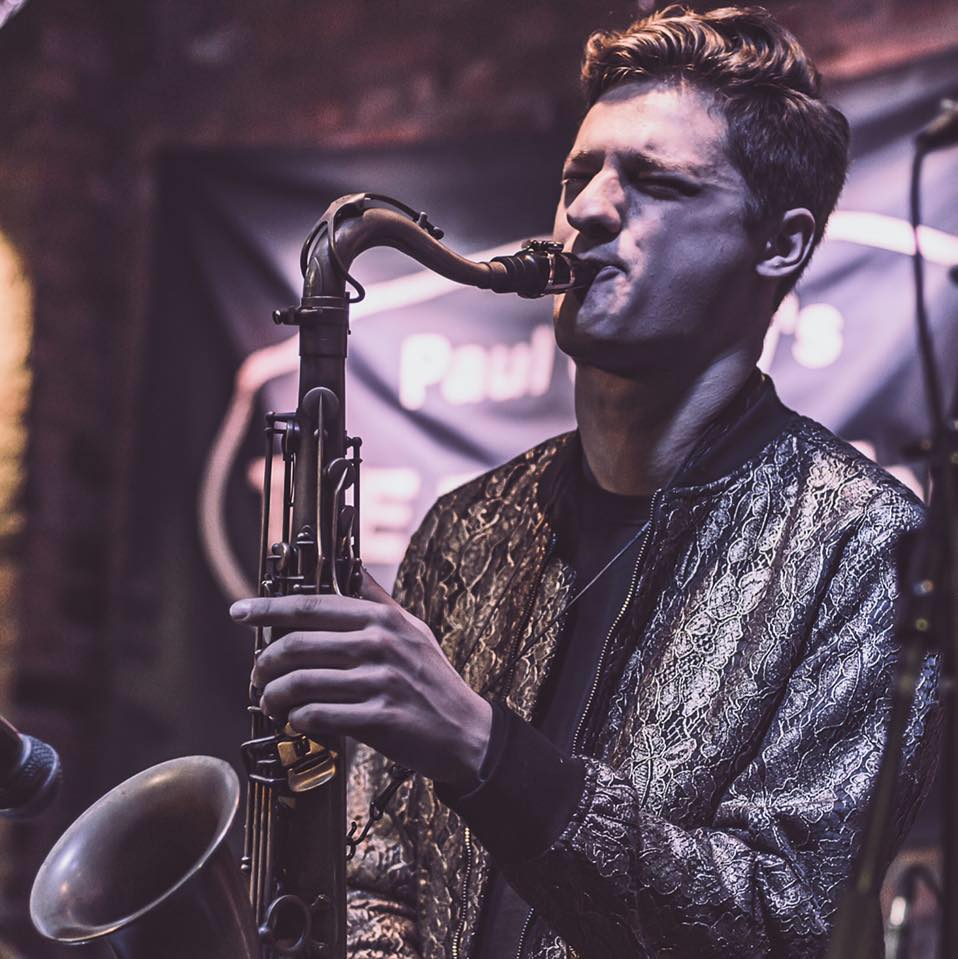 AUGIE BELLO, the young master of the Tenor Sax, takes the stage with his five-piece band DIALED to rock the joint with his special mix of jazz, pop, and electronic music.  Augie appears regularly at The Bitter End in NYC, and his classic sax-playing, mellow and cool, will put you in the true funk groove!

NIKOLINA is the phenomenal 15 year old singer-songwriter from Long Island whose exciting take on contemporary pop has brought comparisons to Demi Lovato.   Performing her originals and covers for a live audience since the age of 7, Nikolina has appeared most recently at the Girls Rising Music Festival in Glen Cove and The Sidewalk Café in the East Village, NYC.
Nikolina is currently in the studio professionally recording an EP of her original songs for future release

Locust Valley native HANS KIESSLING is a musician/singer/songwriter who specializes in alternative music and performs all-acoustic guitar, piano and percussion.  The 17-year-old has been creating and performing music most of his life, citing among his most important influences the iconic British rock band The Smiths.  He has performed at The Sidewalk Café in NYC  and in numerous fundraisers for cancer including Sloan Kettering and Relay for Life.
Hans professionally recorded one of his many original songs, which was released on iTunes and other music platforms.