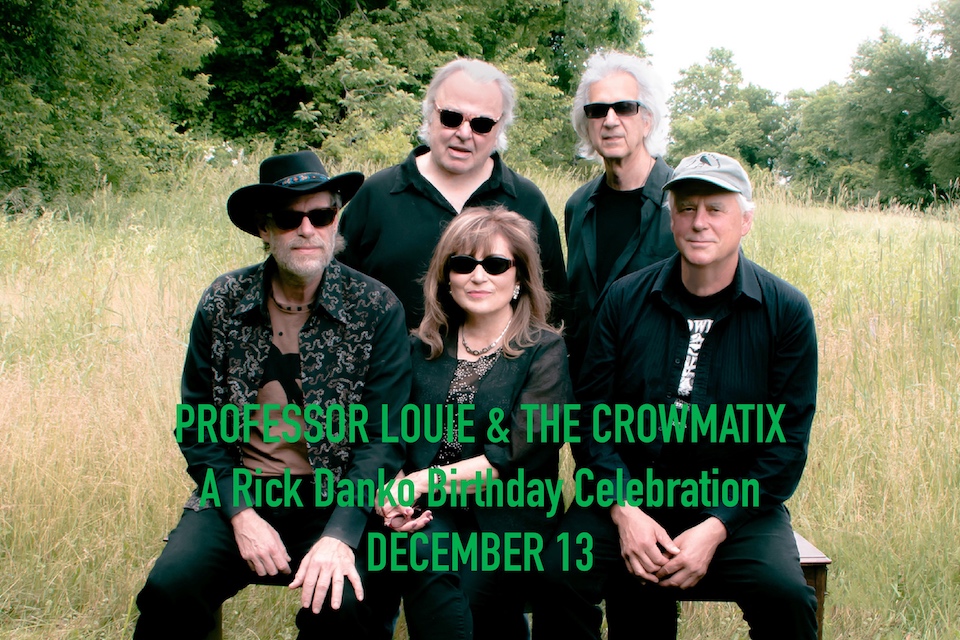 "Rick's singing has had a tremendous influence on me from 'Big Pink' right up to the present day”. - Eric Clapton

By popular demand, Grammy Nominated Professor Louie & The Crowmatix with The Woodstock Horns will host a concert honoring the late great Rick Danko celebrating his music and Birthday. The late Rick Danko is an integral part of the popular music landscape. As lead singer, bassist and acoustic guitar player for The Band, and as a solo artist, Rick’s contributions have been substantial.

Its been 20 years since Rick has passed. Professor Louie & The Crowmatix w/ The Woodstock Horns have performed this show for the past fifteen years at The Bearsville Theater in Woodstock, BB Kings NYC, The City Winery NYC, Sellersville Theeater in PA, The Towne Crier in Beacon NY and Ricks hometown of Simcoe Canada just to mention a few venues. The show features songs from Rick Danko’s extensive catalogue performed by Professor Louie & The Crowmatix with The Woodstock Horns

“I think Rick was one of the greatest and most soulful singers I've ever heard. Definitely, the most original bass player I've ever heard, and one of the kindest hearts to have ever graced this planet." - Robbie Robertson