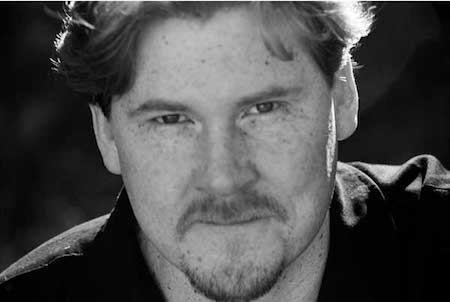 This show has been cancelled. All ticket buyers will be refunded.

The Long Island singer/songwriter and multi-instrumentalist has been described as "an unusual blend of unbridled cynic and hopeless romantic" and is a man whose powerful voice and sharp wit have made him a popular favorite in and out of the music scene.

Starting his public career at such venues as New York's legendary Folk City, Ed Ryan was singled out as a "strong songwriter with an even stronger voice." By the time his band Ed Ryan & The Underdogs was handpicked to tour the country as the support act for then teen-queen Debbie Gibson, Ed had been hailed by one critic as "possibly the best songwriter on Long Island today." His next band, the hard-edged Wide Awake, released two successful CDs and was crowned first place winner of both the Long Island Music Festival and the WBAB HomeGrown Competition. The new millennium found Ed Ryan at the helm of yet another successful band, the acoustic-based Rhino Caravan, who released 2 more well-received CDs.

Ed Ryan made a reputation for himself on the Stand-Up Comedy circuit where he soon found himself as a headlining act, as well as opening for such acts as Ray Romano, The Marshall Tucker Band, Kevin James, Peter Tork, Paula Poundstone, Jay Black & The Americans, Gabe Kaplan and Johnny Maestro. Ed's background in theater and his talented ability for storytelling made him a natural and helped him land some voiceover work for MTV, most notably his hilarious turn as Steven Tyler on Celebrity Deathmatch. Ed's comedy CD "That's Not Funny" contained original songs of humor that showcased the winning combination of his songwriting ability and sharp wit.

Ed Ryan is also a respected entertainer in the Irish-American community. Performing with Gerry Finlay's Cara Band, Ed has become quite popular in the Irish circuit, most notably for his searing rendition of "Danny Boy" and for his humorous (and most requested) original sing-along titled "The Drinking Song." For his efforts, Ed has been invited to perform during the opening ceremonies of New York City's St. Patrick's Day Parade on WNBC-TV five times.

Through all these successful endeavors, one thing eluded Ed Ryan, and that was the creation of a solo CD. Although lead singer and main songwriter of his past bands, Ed never felt his visions were fully realized and knew he had to create something that was truly his. Armed with only himself and the songs, Ed went into the studio for the first time as a solo artist. Playing every instrument (guitar, piano, bass, drums & misc.) and supplying every vocal, Ed Ryan has conjured up a 16 song masterpiece called "MAKE IT SO" that has been described as "insightful," "highly personal," and "a must-have for the sophisticated music fan." His songwriting is in peak form, as is his voice, which one reviewer called "a powerful midrange that lifts you off your seat during upbeat rock numbers, and pushes all the right buttons in love songs."